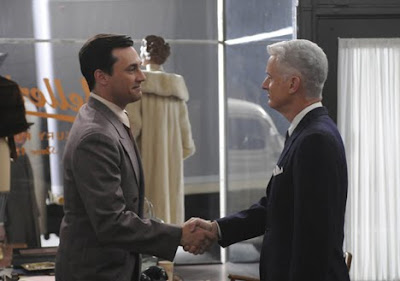 "'Be careful what you wish for, because you'll get it. And then people will get jealous and try to take it away from you."

"I don't think that's how that goes."


(Apparently, I originally created this post in April of 2010, but I never clicked the Publish button. Even stranger, I watched every season of Mad Men, from series premiere to series finale. What a less #woke time for me. I know Mad Men wasn't as bad as Entourage, but still. It was a different ((not really)) time.)