How I created my family from scratch: Mahlena's Dream Board story 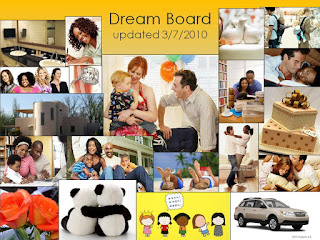 What is the ONE thing you would put on a Dream Board,
if you knew it would DEFINITELY come true in 2 years?
(Tell me HERE.)


This is not a story about how to find a husband.

I want to make that clear, because

1. Not everybody needs a husband. Most people don't.

2. This story is about much more than that. 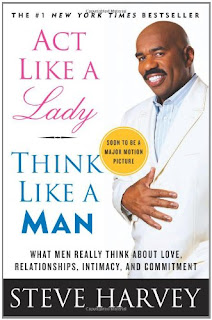 Steve Harvey, I'm looking at you.
bt-dubs, Asian men are just as delightful as men from any other continent.


Back to my story.

In January of 2010, I was broken up with. Okay, calling it a break up would be generous. I was swiftly rejected by someone whom I thought I was going to have a relationship with. I was devastated. And I still had to get through my final semester of business school, an experience that also did not live up to my expectations.

I was not hopeful. As a quirky, brown lady who was too smart for her own good, I had almost zero media representations of someone like me finding a relationship, meaningful or otherwise. I wasn't Julia Roberts or Jennifer Aniston or Renee Zellweger or Kate Hudson or Katherine Heigl or Anne Hathaway. I wasn't Jennifer Lopez or Sanaa Lathan. I wasn't even Lifetime's Lucy Liu.

I had to write my own story. (Which I did! Steve the Penguin, available on Amazon.)

In February of 2010, I purchased and read Amy Spencer's Meeting Your Half-Orange, a book which I have featured on my blog and recommended vehemently to my friends and family members.

In March of 2010, in accordance with one of the exercises in the Orange book, I created my first Dream Board, as featured at the top of this post. I found pictures online of the things that I wanted in my life--at that point in time--and I arranged them in an 8 ½ by 11 inch format. Then I set the Dream Board as my computer's desktop image. I also printed it out and posted it next to my bed so I could see it on a regular basis. And--to manifest its existence in the universe--I showed my Dream Board to my friends and my family members and my classmates, and I explained why I put each of the pictures on the Board. As you can see on the board, one of things I wanted was a loving relationship with someone who would read books with me. I wanted to find the Steve to my Miranda.


During the summer and fall of 2010, I participated in multiple dating sites and went on various outings with an assortment of gentlemen who were not right for me. I also entered stand-up comedy, an uncomfortable environment which made me long for the veiled misogyny and racism of business school.

I found him, and he found me, on a free site with the other nerds. 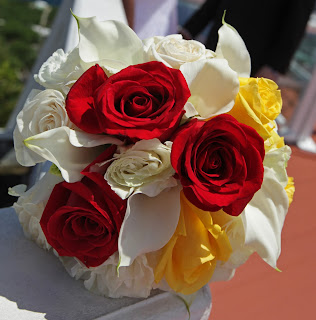 These were on the Wedding Board. They accompanied me down the aisle.


Fast forward to 2017. In the seven years since I made my first Dream Board, I have created updated Dream Boards each year--not only because I have new dreams to add, but also because many of the dreams on the board keep coming true. For instance, in 2012, I kept the picture of a woman writing on the upper left of the Board to remind me to complete the sequel to my first book. And in 2013, I published my second novel (Bianca Reagan: Where the Action Is, available on Amazon)! After that, I took the picture off the Board. Removing pictures of old dreams that I have achieved or outgrown makes room for new dreams that fit in my life right now.

Now here's another thing I want to make clear. I'm not advocating a magical version of The Secret. I didn't put things on the Board and then they miraculously appeared. 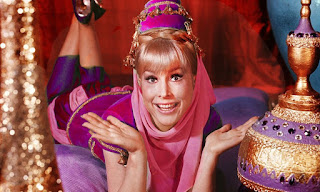 
I had to work for the things I wanted. I had to ask for help.

And, some of the pictures on the board that I worked really hard for and asked for help with did not come true, no matter how hard I tried. The universe said No.

However, the universe also said Yes to multiple pictures on my Dream Board in ways I did not expect. For instance, that Subaru Outback on the bottom right of Board above? I thought I wanted that car, based on the convincing commercials I watched on TV. Then I met a new friend who owned that very car--the same make, model, and year. I got to ride in the back of it.

And then I no longer wanted a Subaru Outback.


It's still a cool car. For somebody else.


Here's another example. In 2014, my spouse made a one picture Dream Board. He drew a picture of our family, based on the information we were given at the time. Without going into too much detail, the picture included me, him, and the children we thought were going to be a part of our family. To our dismay, those children did not end up joining our family.

However, in 2015, less than a year later, that picture looked almost exactly like our family. Even though it was based on different people, the picture on his Dream Board still came true!

So, that's my story. In 2010, I created a Dream Board as a single MBA student with one published book, and in 2017, I'm a married entrepreneur with a growing family and three published books. When I created the Board, I had no idea that I would end up where I am now. I definitely didn't think I would have a husband in two years and children in five. But those are the images I put on my Dream Board, and that's what happened.

I'm still in the process of creating my updated Dream Board for this year. One of the pictures I want to put on my 2017 Dream Board is a representation of a project that I decided today that I want to develop: I would like to help other overachievers like me clearly visualize their goals, so that they can discover viable paths toward achieving them.

Thus, I have a question for you.


What is the ONE thing you would put on your Dream Board, if you knew it would DEFINITELY come true in 2 years?

Click HERE to let me know. Then we'll both know!

It's a one question survey, and it should less than one minute to fill out. 30 seconds if you're really good.

So tell me all your Dreams HERE.

Thanks for your help, readers!

Labels: dream board i dream of jeannie meeting your half-orange steve harvey the secret