My Review of Independence Day 2 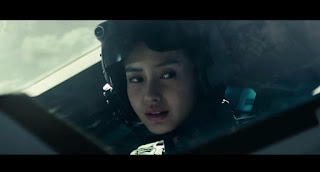 To all the actors from the original film who did not participate in this disaster movie: Good call.

To all the actors who did appear in the most anticipated alien project of 2016 based on a 90s property: I understand. We all got bills to pay.

To you readers who have not yet view this latest Hemsworth vehicle: Instead of going to see Independence Day: Resurgence, please watch the movies that this sequel blatantly rips off, including taking actors from those very projects. Here is a short list: